The future of the Blue Star chemical tanker

Early this morning, preparations for starting the ship’s fuel extraction work were resumed both on land and aboard the Blue Star.

The storm of the last night has caused a movement in the chemical tanker, but not precisely to help it get out of its grounding, but it has displaced it somewhat more towards the coast and the bow has practically been left in the air. 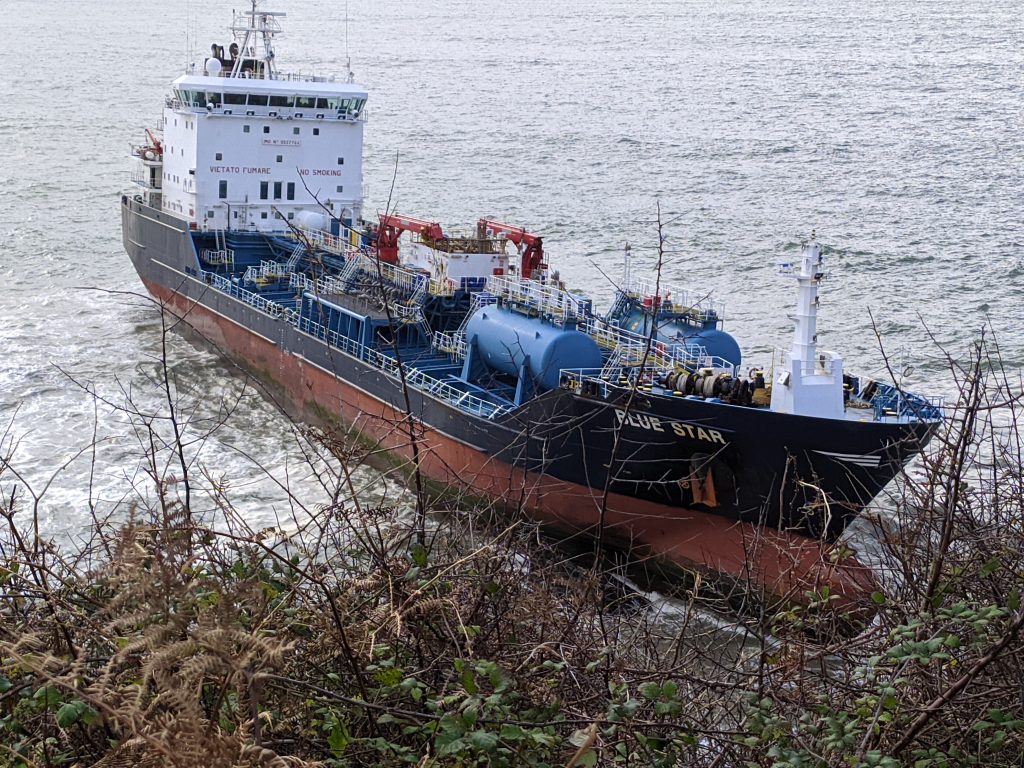 The Government Delegation in Galicia informed shortly before 9 am this morning that the Helimer was proceeding to the transfer of technicians and crew members, which yesterday was evacuated at the request of the shipping company, aboard the chemical tanker to resume work that allow the pumping of the 45 tons of fuel and 60 tons of diesel fuel that remain at the stern of the ship.

On land, the road conditioning tasks that will be used by the eight tanker trucks that will transport the fuel transferred from the ship through hoses are completed.  Although there is still work pending. In fact, a concrete slab will have to be built in the vicinity of the cantilever, point from which, through a zip line, the heaviest pumping equipment will be transferred to the ship.

Since yesterday, the security forces regulate access to the vicinity of the zero zone and a special traffic monitoring and control device is underway.