Denmark designs the largest offshore wind farm in the world

Pioneer country and one of the leaders in wind energy, is now studying to build a megapark of marine wind turbines that would have the capacity to produce 10 GW (10,000 MW). This energy would be sufficient to cover the annual electricity demand of more than 10 million European households.

In total, offshore wind farms installed in Denmark have a capacity of 1.7 GW, which would mean multiplying the project by more than five. Although coal, oil and gas still play an important role in the country’s energy mix, wind power is increasing. 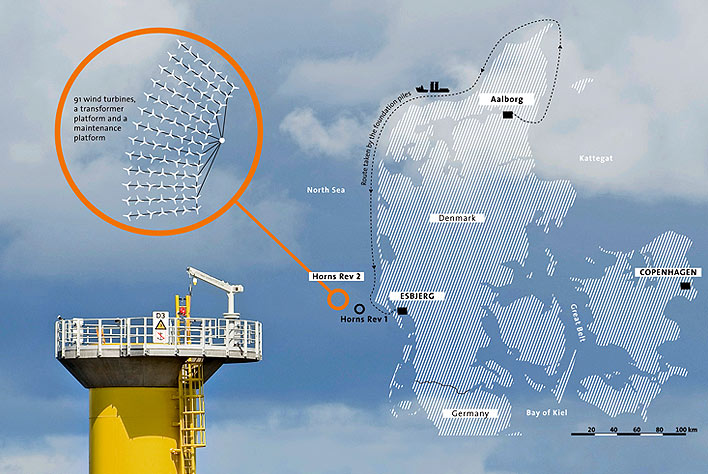 It would, by far, be the world’s most powerful project in offshore wind power (also known as offshore), taking into account that the largest park currently in operation, located in British waters, has an installed capacity of 659 MW.

Although, for now, it’s just an idea.